NEW ORLEANS TIMES-PICAYUNE:
ENTERGY HAS A NEW PLAN FOR KEEPING BIRDS OUT OF POWER STATIONS: LASERS 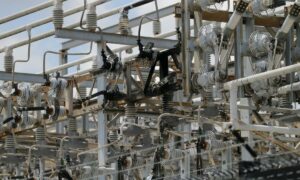 A recent article in the New Orleans-Times Picayune showcased Entergy’s use of TransGard’s Laser Bird Defense. The piece explains how Entergy plans to install the effective bird deterrent in a New Orleans substation after successful trial runs at two other Entergy subs. Here’s an excerpt:

Entergy New Orleans is considering spending as much as $200,000 on lasers to stop birds from landing on power equipment, getting themselves electrocuted and interfering with the city’s electricity flow, after 7,000 customers lost power last month when a bird did exactly that.

Entergy executive Michelle Bourg told a City Council committee on Tuesday that “Laser Bird Deterrent Systems,” which use mounted lasers to shine colored lights on equipment and spook birds, are already being installed at Entergy substations in Hammond and Arkansas.

Now, the company is planning to add a third trial location in New Orleans. The move is in response to a bird that landed in Entergy’s Derbigny Substation on Julia Street near the Pontchartrain Expressway and the Caesars Superdome in July and caused an hourslong outage across parts of the Central Business District and Mid-City.

READ THE ARTICLE
Back to top