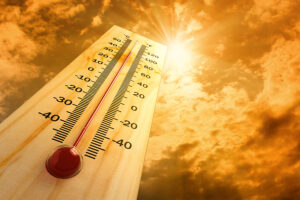 Over the last few months, we’ve been experiencing long stretches of unusually high-temperature days. With the heightened call for air conditioning, these weather conditions elevated the significance of animal-caused outages from “odd” or “inconvenient,” to “unsafe.” Here are a few notable outages from the second quarter of 2022 … just a small sampling of the problems dealt to substations by climbing animals and birds:

NO JOKE
On April Fool’s Day, a raccoon caused a pre-dawn power outage that resulted in more than 4,600 residents of southern Pasquotank County, NC, to begin their day in the dark. According to a utility spokesperson, a raccoon got into a substation and created a bridge between two pieces of high-voltage equipment, which ultimately damaged a transformer. “Little creatures can be a big headache for utilities,” the spokesperson said.

NOT HOW THE CROW FLIES
On June 23, a crow flew into a substation and knocked out power for more than 10,000 residents and businesses in downtown Santa Fe, NM. The wingspan of the crow touched a 46,000-volt line at a transformer station, creating a circuit, and overloading critical components.

RACCOON-CAUSED REPAIRS
It was not the heavy thunderstorms on June 15 that left 9,300 customers in the city of La Crosse, WI, without power: it was a raccoon in a substation.
Outages were reported across the city, including some traffic signals, the University of Wisconsin-La Crosse, the School District of La Crosse, and Mayo Clinic Health Systems. According to utility representatives, the animal caused significant damage to the equipment, and a need for emergency equipment repairs following one of the hottest days of the year.

LIVE WIRE; DEAD SNAKE
On July 2, a snake triggered a power outage for nearly 10,000 homes in Fukushima, Japan, during one of the most intense bouts of heat in the last few years. According to a representative of electricity producer Tohoku Electric Power, a snake crawled into the substation and made contact with a live wire, which caused a short circuit that triggered an automatic shutdown for safety. While power was only interrupted for a short time, it still resulted in a city-wide loss of air conditioning during the hottest point of the day.

Enough about the problems. Here are the solutions.

These are just a few accounts of the kind of damages animals can do. The good news: TransGard’s fence and laser products protect 3,500+ substations from climbing animals and birds.

SEE OUR SOLUTIONS
Back to top